Children drawing contest "Labor protection through the view of children" at Cryoin Engineering on the World Day for Safety and Health at Work which commemorates annually on the 28 of April. 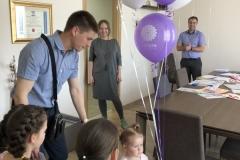 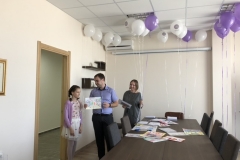 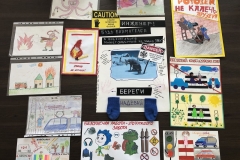 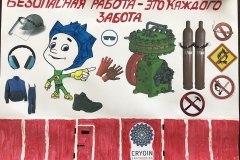 Here at Cryoin Engineering we are interested in forming an active position about healthy and safe working conditions both among employees of the Company and rising generation. One of such actions became a drawing contest among children of the employees. The contest was attended by little specialists, not limiting themselves in the flight of fantasy or ideas and technique of performing. Little participants represented their works, described the ideas and afterwards received awards in different nominations. At the end of the event sweet buffet with refreshments and balloons waited for little creators!